A Father of The Bride inspired wedding! 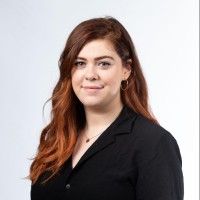 Today's real wedding brings us into the home of our bride Jennie. She and husband Adam chose to have their big day in her parents' home, surrounded by their nearest and dearest. A big Father of the Bride movie fan, Jennie always dreamt of having her wedding at home in her childhood garden. So, the couple said their 'I dos' in St John the Baptist church in Shropshire before moving the party to a teepee in her parents' back garden and honestly, it's the ultimate inspo for a home wedding. The sweet celebration was all captured by Jake Morley Wedding Photography and we just know you'll love it! Scroll on to soak in Jennie & Adam's fairytale back garden fete.

Jennie and Adam met through mutual friends while they were both working in the same place. "I was about 19 when I met Adam who was 24 at the time," Jennie told us. "All of our friends knew one another but somehow, we had never actually met. We both worked in a mental health hospital and that's how we met."

For the big proposal, this pair are proof that even the best-laid plans can always go off-script. "I phoned my dad on the way home from work to ask him for a scientific calculator," Jennie told us. "He said 'I should have given it to Adam when he came round earlier'. I was confused and asked why Adam had been over there and without missing a beat, my dad said, 'He came round to ask if he could marry you'. I could hear my mom screaming in the background and they eventually convinced me it wouldn't be any time soon as Adam doesn't move quickly. As I pulled in the drive of our home, my phone rang and I ended up staying on the line for 40 minutes. Eventually opening the door, I found Adam on one knee in the sitting room with candles spelling out, 'Will you marry me?'. He was sweating with the curtains closed and the candles burning for 40 minutes waiting for me to come in - it was so funny!"

For this pair, having their family there and having them involved in their big day was top priority. "We wanted it to be a family affair," Jennie told us. "Our poor families and friends, they got pulled into every aspect of the wedding."

And while many couples opt to hire a planner, this couple were keen to get stuck in and do it all themselves. "For it to represent us, we wanted it to have our touches, that is why we didn't have professionals style or organise the wedding," Jennie explained. "It needed to be a relaxed atmosphere with a little bit of a hippie vibe but overall, simple."

To achieve this relaxed, family-orientated feel for their celebration, what better venue to choose than Jennie's childhood home. "As a child, we watched the film Father of the Bride a lot," Jennie said. "The relationship between the daughter and her parents is very similar to mine and I loved seeing her get married at home. Little things meant a lot to us and it was huge that this was in my home."

The couple had their idea of what they wanted their day to look but as they got further into the planning, what the end result would look like was somewhat of an uncertainty for them. "I had no idea how anything was going to be on the day," Jennie admitted. "We made it all and I had a vision but I never expected it to be how it was. I love every single part and I know Adam was unsure of how it would look too, but when he saw it, I knew he loved it too. It was just so us!"

Jennie's childhood home and its grounds were decked out in fun details and surprises for the guests.

As for advice for others, Jennie and Adam took a few things with them from that day. "Spend a little time together on the day and appreciate the time with your photographer as your time," they said. "You won't see each other as much as you'd expect. Also, don't book your honeymoon for the next day - we both had sore heads!"

Speaking of a honeymoon... "We went on a mini-moon to Iceland the next day," they told us. "We then went on our honeymoon a few months later. We visited Dubai, Singapore, Australia, and Bali - it was amazing!"

Thanks so much to today's couple Jennie and Adam for sharing their big day with us and to Jake Morley Wedding Photography for capturing the whole thing.